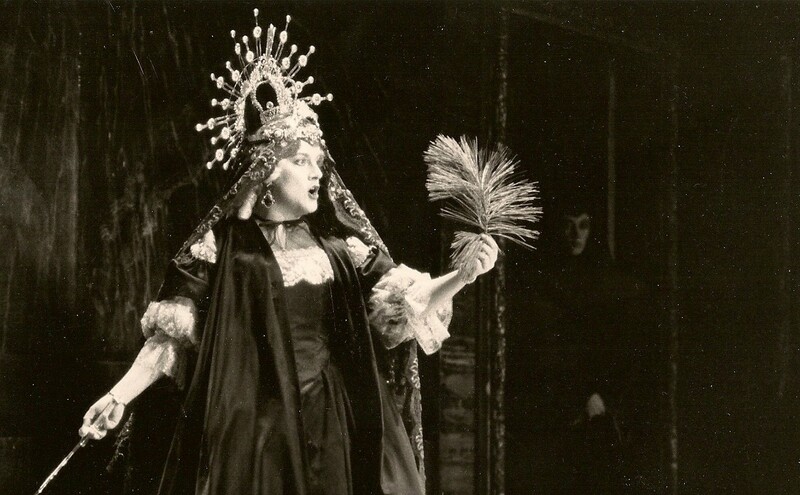 A handful of press clippings...

Thrilling vocal moments to a rôle one wishes were longer when talent of her calibre is available. Jennifer Smith gives the Queen of the Night baroque coloratura, which means playing with rhythm and time, much like jazz musicians when they improvise. She's making music, not singing it. Toronto Globe

...managing to produce an impression of laughter in fiendishly difficult coloratura... encored second aria, tossing in a variant phrase stratospherically directed, as sopranos of Mozart's day might well have done.

"Le Nozze di Figaro": Jennifer Smith's technique, and not least her superb pianissimo ("Dove sono" is, in this respect, a delicate, exquisite model of control and phrasing), are as warmly alluring as her lovingly detailed recreation of one of the most sympathetic characters in opera.

Revealing far more of her true quality than the routine oratorio performances in which I have heard her. Hugo Cole The Guardian

For Jennifer Smith’s assumption of the title role only superlatives will do: gloriously clear, idiomatic French, heroic stamina, rock-steady line, ideal purity of tone, above all innate nobility of bearing. Rodney Milnes The Times (1992)

… it revealed Gluck at his greatest, as did the singing of Jennifer Smith in the title role. In advance one might have wondered if her soprano would be beefy enough for so large a house (ROH Covent Garden), but volume isn’t everything, and projection is: her perfectly moulded, eloquently shaped, Gluckianly endless musical lines sailed freely out into the house to glorious effect. Her French is faultless. Rodney Milnes The Times (1993)

Une tragédienne franconophile A French-speaking, French- loving Tragedy Queen. To sing “La Fée Urgèle” by Charles Simon Favart, a British soprano, Jennifer Smith. Ever since the revival of the Classics on our contemporary scene, the name and voice of Jennifer Smith have been associated with its most important events. The heroine of “Les Boréades”, the first Cybèle in “Atys”, “Iphigénie en Tauride” triumphant in Paris last year, Télaïre in “Castor and Pollux”, Alcyone by Marin Marais, Théone in “Phaéton”, she was and remains what French lyrical tragedy is at its most touching and true. How is it that a British soprano should reach such mastery of our language (better than of its pronunciation: of its intelligence) to which her French-born colleagues no longer attain? Ivan A. Alexandre Le Nouvel Observateur

Rameau “Platée” (La Folie): Where has the French tradition of the diseurs gone? Television, in killing off the chansonniers, has perhaps exhausted it. It is left to the extravagant “Folie”, with her frenzied vocalises and the lethal dagger of her words, to salvage honour. But… but it is Jennifer Smith, to whom French baroque perhaps owes its greatest success. Quick, let her be naturalised French and asked to establish a school! André Tubeuf Letter from France The Gramophone

She’s British, but the most important French singer I know. Marc Minkowski Time Out

Handel “Silete Venti” : A marvel. Long passages of coloratura aren’t often enjoyable, but hers are. You may think I’m over-praising this lovely record, but frankly I don’t see how I could! R.F. The Gramophone

Precision on ornamentation and wide intervals you would normally expect only with an instrument… Ideal balance between warmth and purity. Edward Greenfield The Guardian

The Triumph of Jennifer Smith. Her name is Jennifer Smith, and after more than twenty years, she is still the “voice from heaven”. Contrary to what it may seem, Jennifer Smith was born in Portugal, and I heard her for the first time as the “voce dal cielo”, in Verdi’s Don Carlo, with Boris Christoff as Philip II, in the S.Carlos Opera House. Thereafter, Europe became her country, stages and recording studios her world. I believe, actually, that the majority of the Portuguese public has not yet realised the enormous international prestige of this singer, especially in the baroque repertoire. She has returned regularly for opera and oratorio, some recitals too, as recently, at the Sala Politécnica, that joined her with Olaf Baer and “his imperial highness” Geoffrey Parsons. All the same, in spite of her talent, her notable technique, the beauty of her voice, the art of Jennifer Smith always left me with a slight impression of coldness, maybe the coldness of perfection. The intimacy of last Tuesday’s recital, at the same S.Carlos Opera House where I first heard her, was necessary to reveal to me just how wrong I was: I had taken for coldness what was restraint, delicacy, subtlety. Jennifer Smith does not paint vast canvasses in oil, but ethereal water-colours, enchanting miniatures. She does not need great vocal or histrionic expansions to convey the most diverse feelings or moods: the raising of an eyebrow, a slight hand movement, a simple glance, suggest the whole atmosphere of a piece. This was the way in Mozart, delicate though obvious sensuality, infinite humour and malice; in Schumann “Frauenliebe und –Leben”, as moving in her contained lyricism as the dramatic extroversion of other interpretations. This was also what happened in the works of R.Strauss, that supreme lover of the eternal feminine, especially in a prodigious “Ständchen”, light and iridescent as foamy lace. Fátima Medeiros Diário de Notícias (June 94)

Jennifer Smith, the cream of Ealing sopranos… Time Out